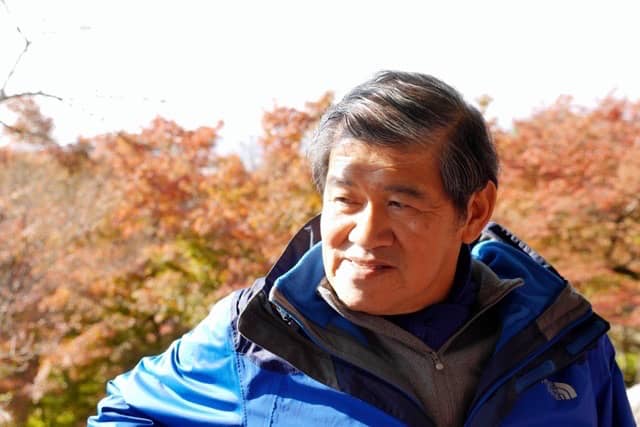 Born on June 10th 1945, Singaporean watercolourist Ong Kim Seng is internationally renowned for his post-impressionist style of watercolours and naturalistic depictions of landscapes, street scenes and still lifes. In a career spanning over well over four decades, Mr. Ong has exhibited his work worldwide and was the first Asian artist outside the US awarded membership at the American Watercolour Society in 1990, winning its prestigious Dolphin Fellowship in 2000.

To date, Ong has received nine awards from the AWS from 1983 – 2018. In 1990, Ong was the recipient of The Cultural Medallion for visual arts in Singapore, and is a fervent supporter of the arts in his home country, heading the role of president at the Singapore Watercolour Society from 1991-2001 and serving as an art advisor to the National Arts Council of Singapore since 1998, being presented its Supporter of the Arts Award in 2001. He has since been retained as the honorary president of the Singapore Watercolour Society. Ong’s artworks have featured in museums and private collections internationally, and regularly appear at auction houses Christie’s and Sotheby’s. Most notably, an artwork titled ‘Nepal’ fetched a grand total of HKD$725,000 (RM384,105) at Sotheby’s Hong Kong in April 2017.

His collectors include Queen Elizabeth, the Prime Minister of the People’s Republic Of China, the Secretary-General of the United Nations, President of the Republic of Korea, Prime Minister of the Kingdom of Thailand, the President of the Republic of the Philippines, the Prime Minister of Japan, the Prime Minister of India, the Governer of Hokkaido, The Singapore Art Museum, The Singapore Maritime Museum; The Agung Rai Museum and Neka Museum in Bali, Indonesia; the Ministry of Foreign Affairs, Foreign Missions, and Embassies of the Republic of Singapore. An avid traveller inspired by exotic locations, Ong paints plein air on his journeys, even while trekking through China, the Himalayas, and the Tibetan Plateau—a style he picked up in the early days of his art career. As a child growing up in Tiong Bahru, Ong honed his craft on weekly trips to Sentosa and Mount Faber with members of his school’s art society to draw and paint on location. His mentors then were pioneer Singaporean artists like Chia Wai Hon, Choy Weng Yang, Lim Cheng Hoe, and others along the Singapore River every Sunday. Still, Ong was largely self-taught and only made the choice to pursue art full time in 1986.

His interest in trekking has brought him to many expeditions across Asia through rural and urban spaces where he would document what he saw with spontaneous brushstrokes in watercolour and acrylic. His style emerged as a post-impressionist showcase of rich contrasts in light and colour, depicting a naturalist take on quiet, idyllic city and village landscapes. Today at 75, Ong Kim Seng is an established and prolific artist whose philosophy and passion for his art maintains an ongoing practice. He continues to paint every evening into the early hours of the morning as part of his daily regiment and still exhibits in solo and group exhibitions locally and internationally. Ong also travels to host art workshops and artist talks to share his knowledge and experience with young artists and art enthusiasts. 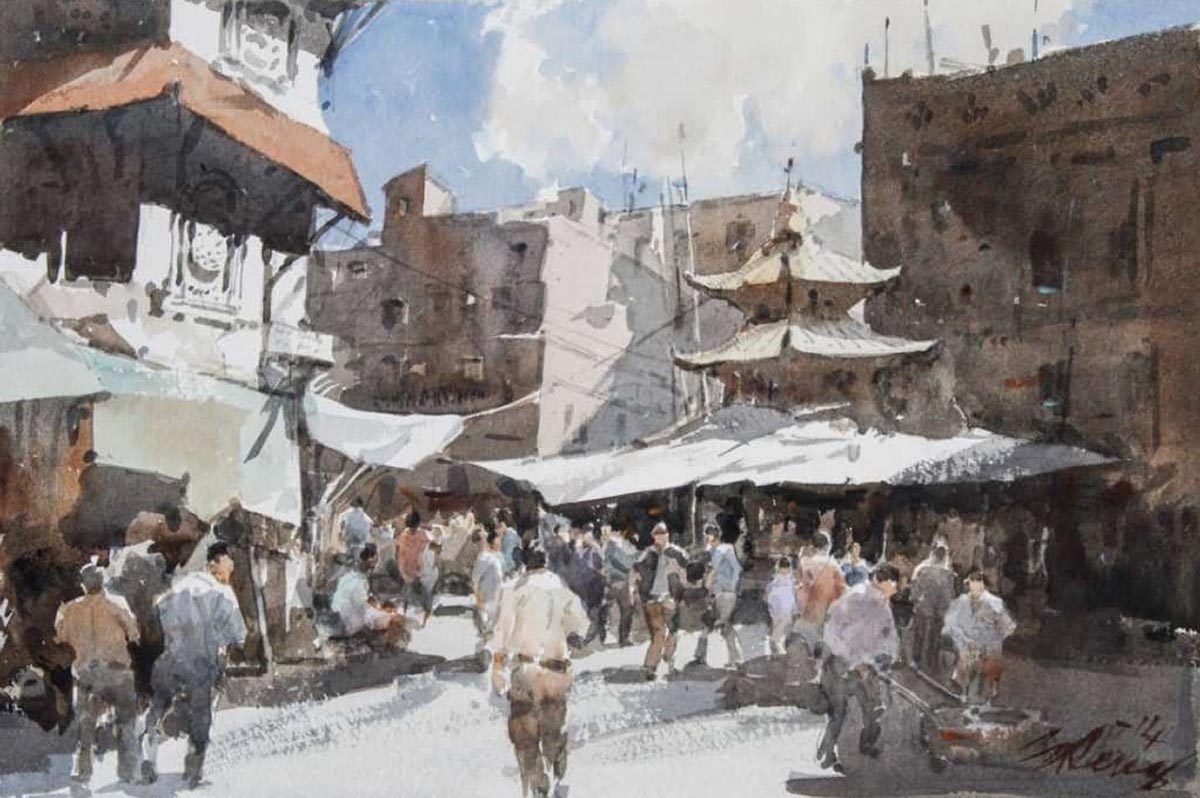 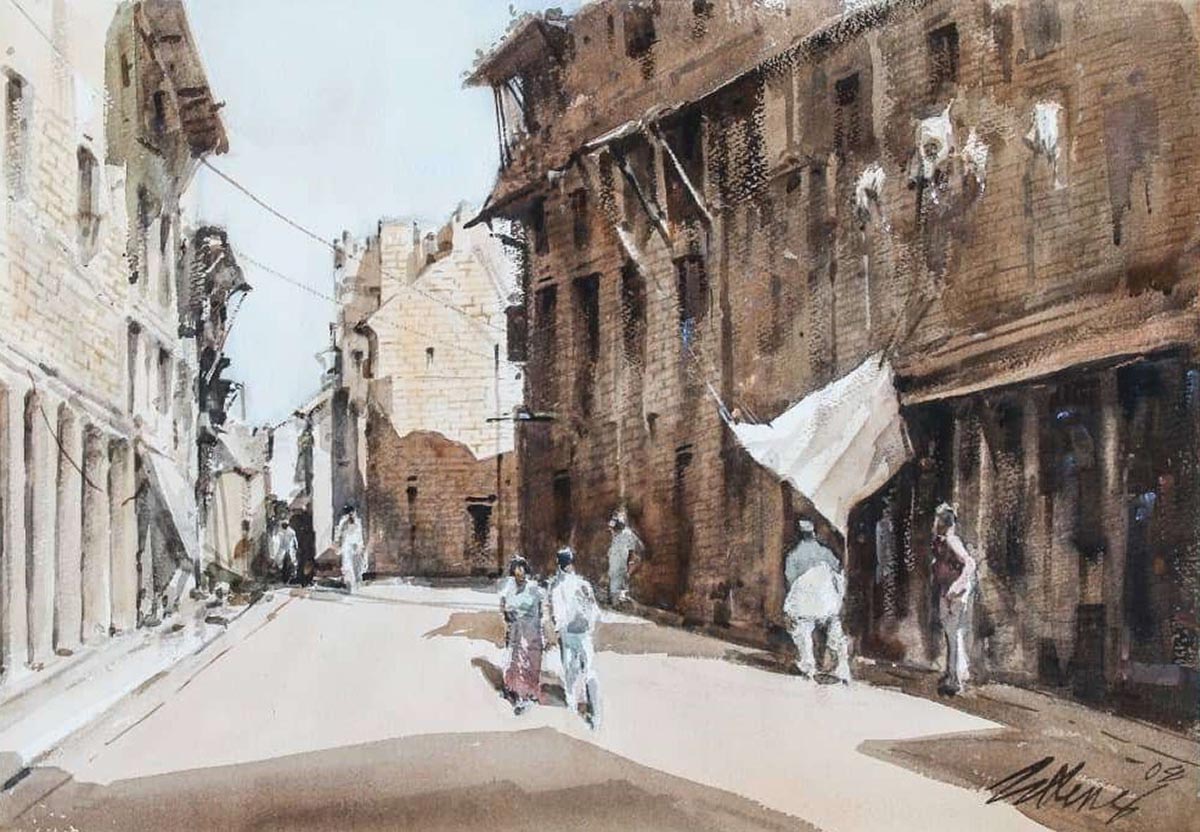 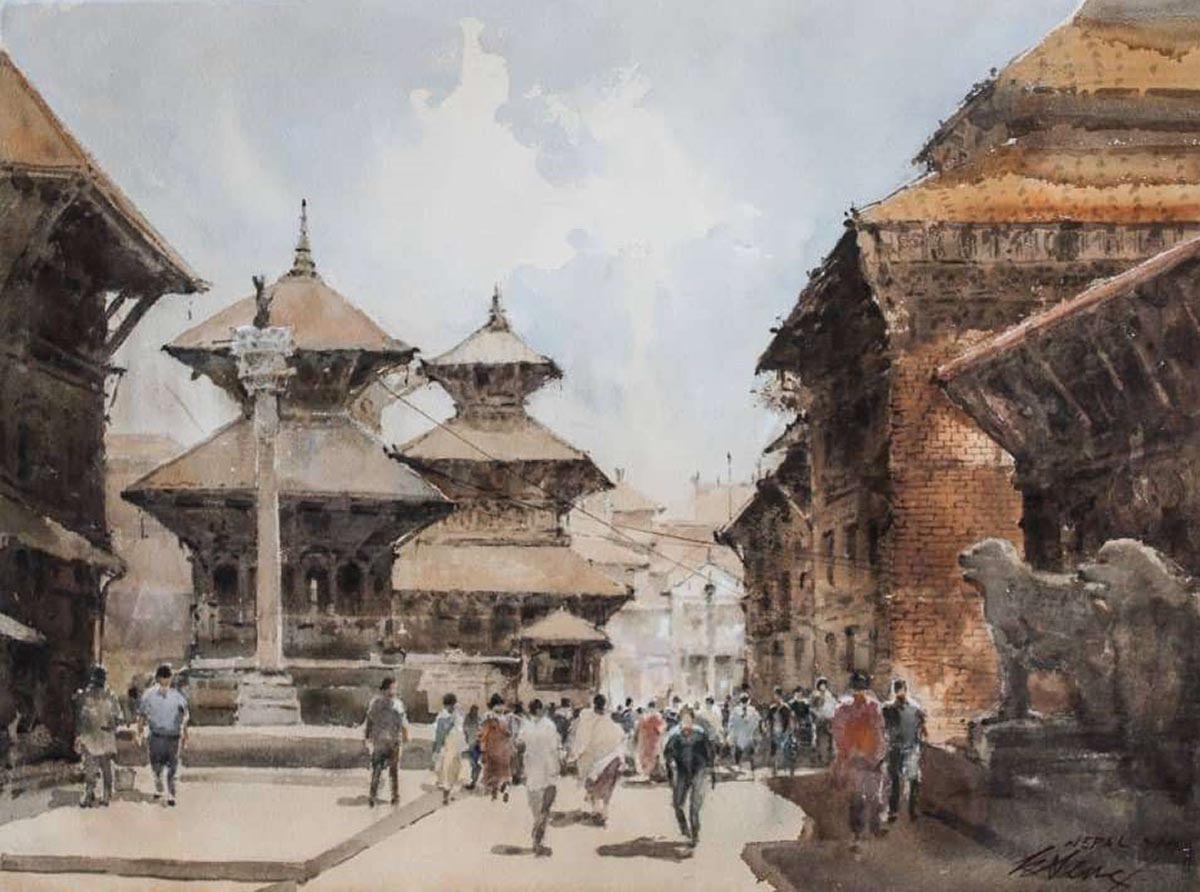 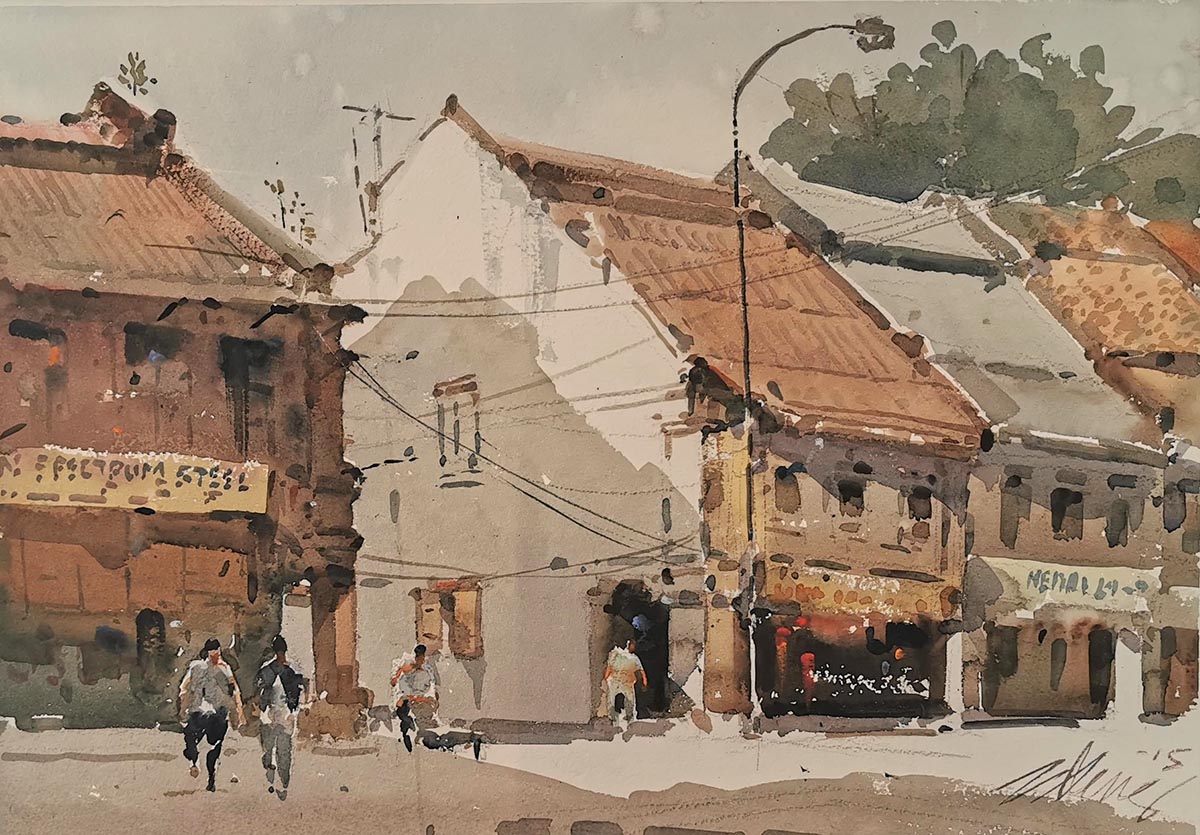 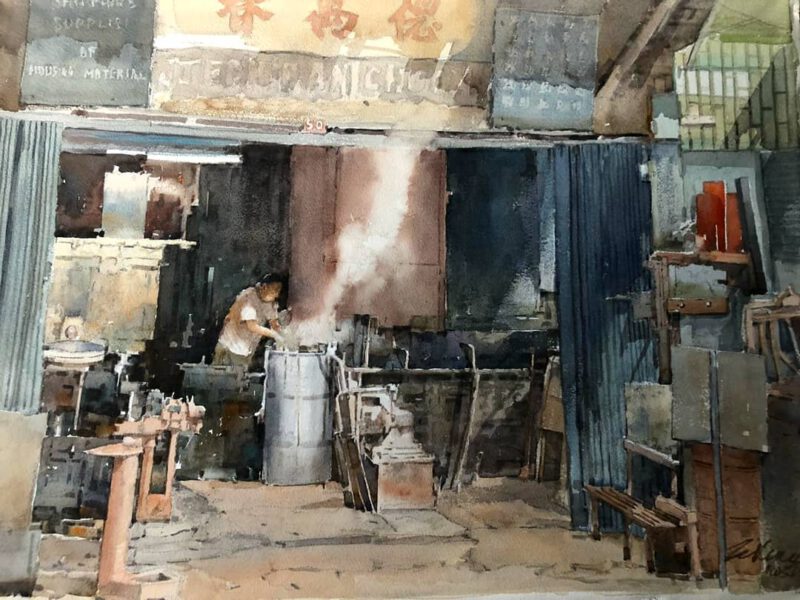