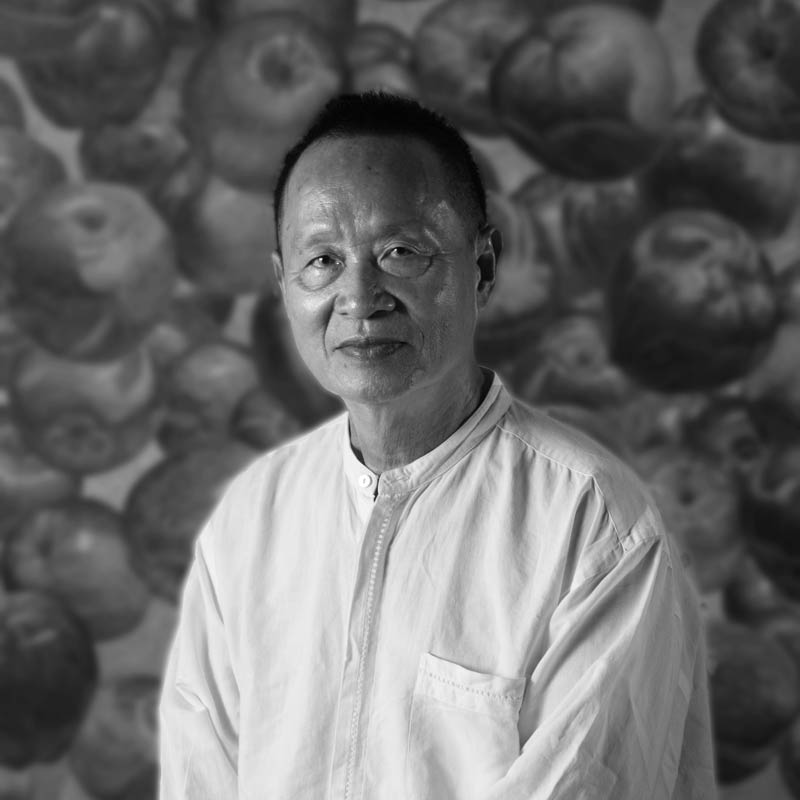 Born 1950 in Selangor, Malaysia, Lim Kim Hai is known as the”Apple King”for his rendition of apples on canvas. He studied at Nanyang Academy of Fine Arts,Singapore(1972) and Ecole National Superieure des Beaux Arts, Paris(1975). He won the Golden Award from Salon des Artistes Francais, Paris(1982), Silver Award from Salon Internationale, Du Val D’Or, France(1984), Prix Henri Lehmann from Institut de France Academy des Beau (1986). In the 1980’s, he started to draw apples in a realistic classical style in subdued tones with strong emphasis on light and shadow of the subjects.

Later in 1986, he took on a surrealism twist by experimenting with color and composition,creating the effect where the apples seemed to float in the air hanging by an invisible string.Each apple is captured in detail, including the irregular specks, variations in tone and waxy glow of the skin,which is the trademark and characteristics of his apples till today. To Lim, the humble apple that does not rot easily represents his hope for humanity: a world of peace and harmony,where our differences can co-exist in a perfect space. His works have been showcased in France, Moscow, China, Vietnam, Taiwan, Indonesia, Thailand, Singapore and Malaysia. 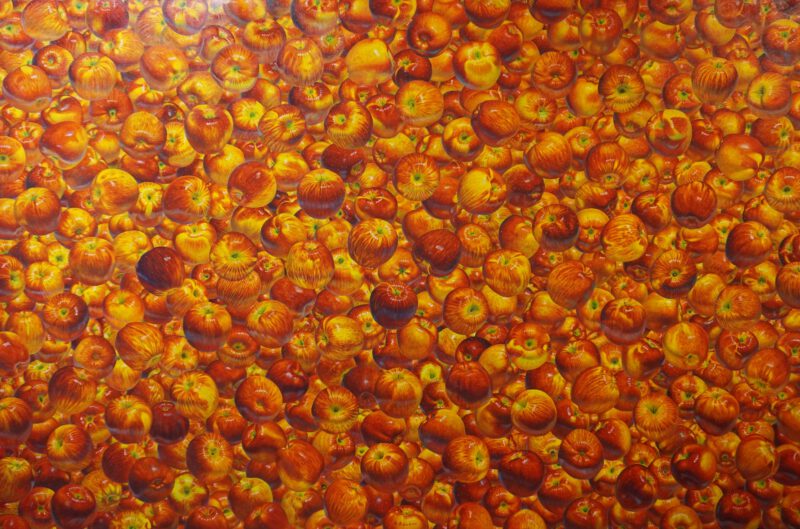 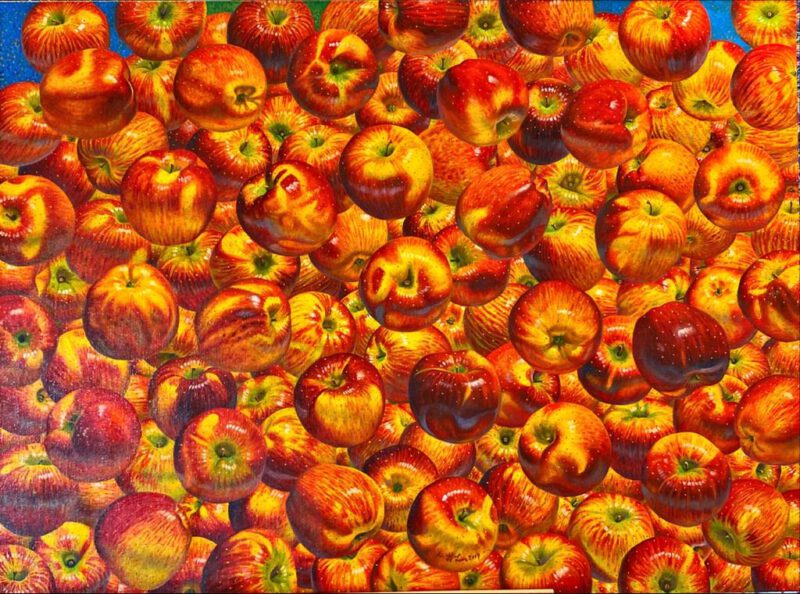 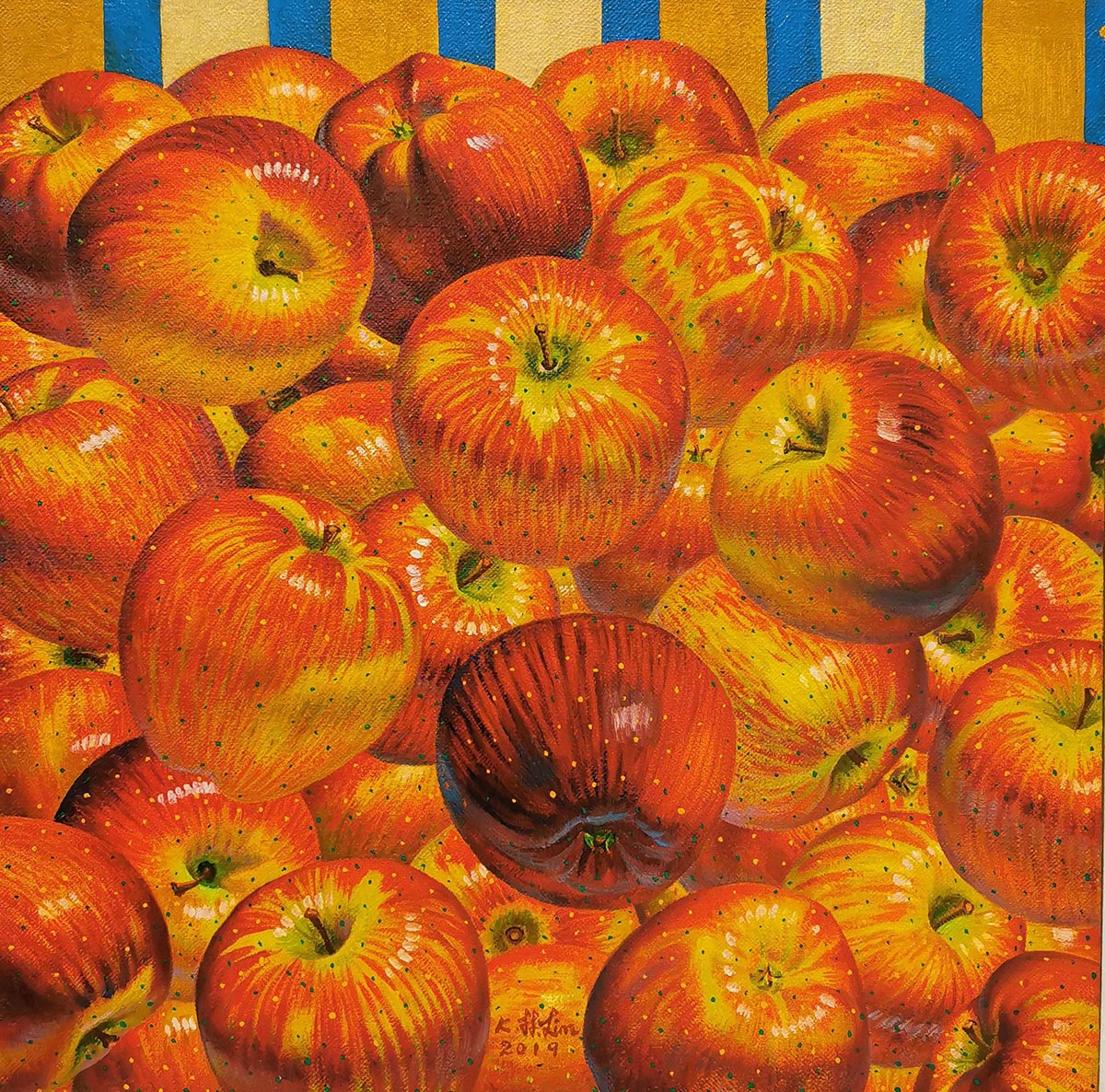 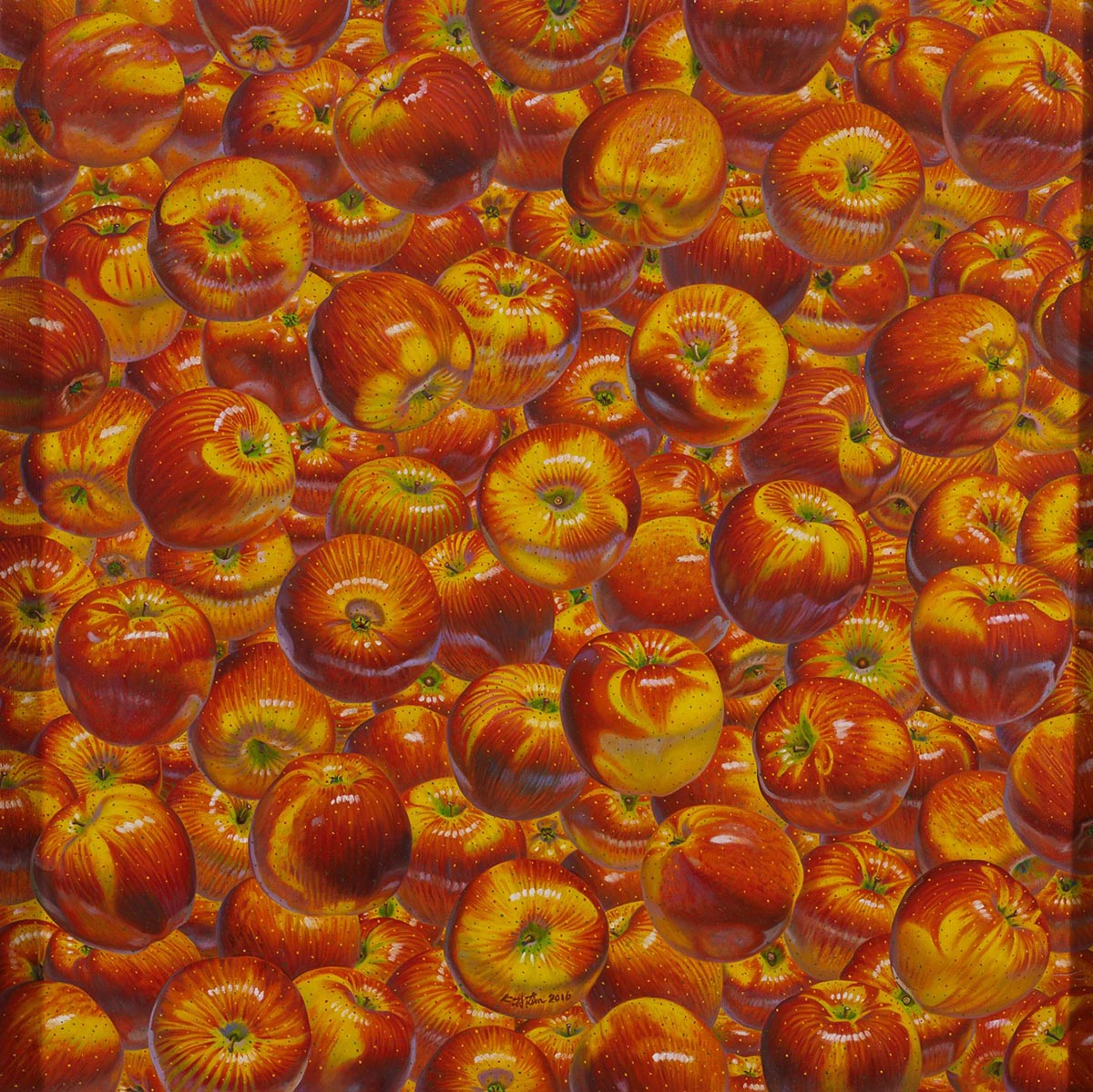 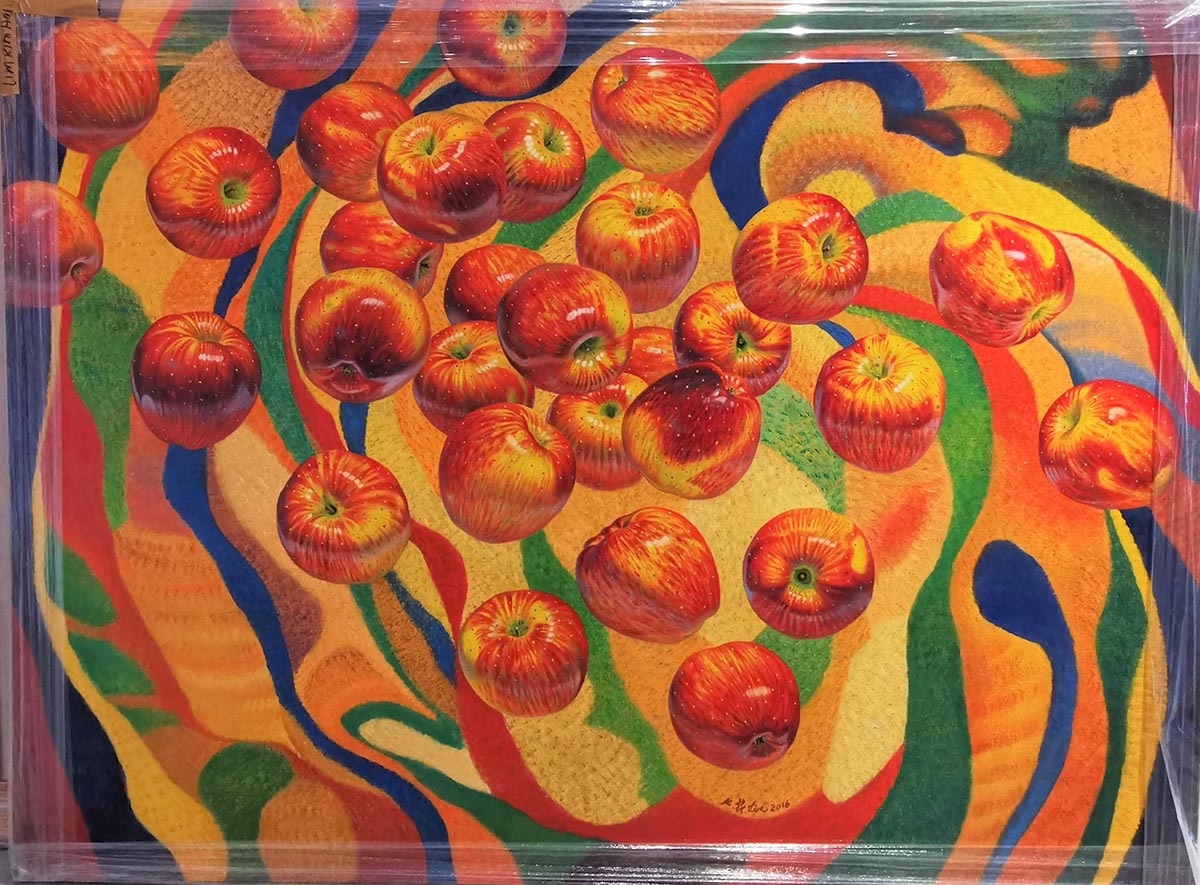 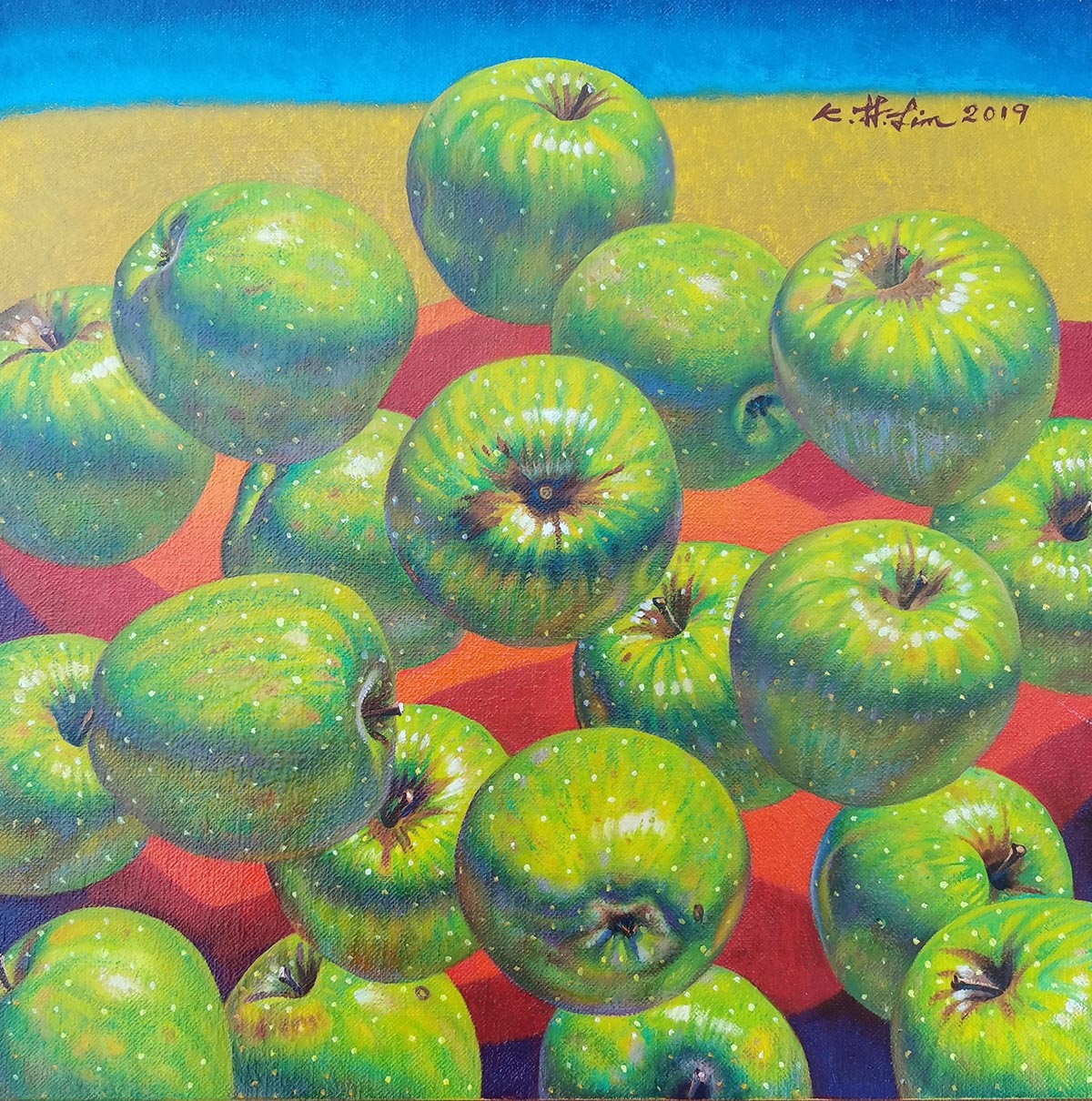 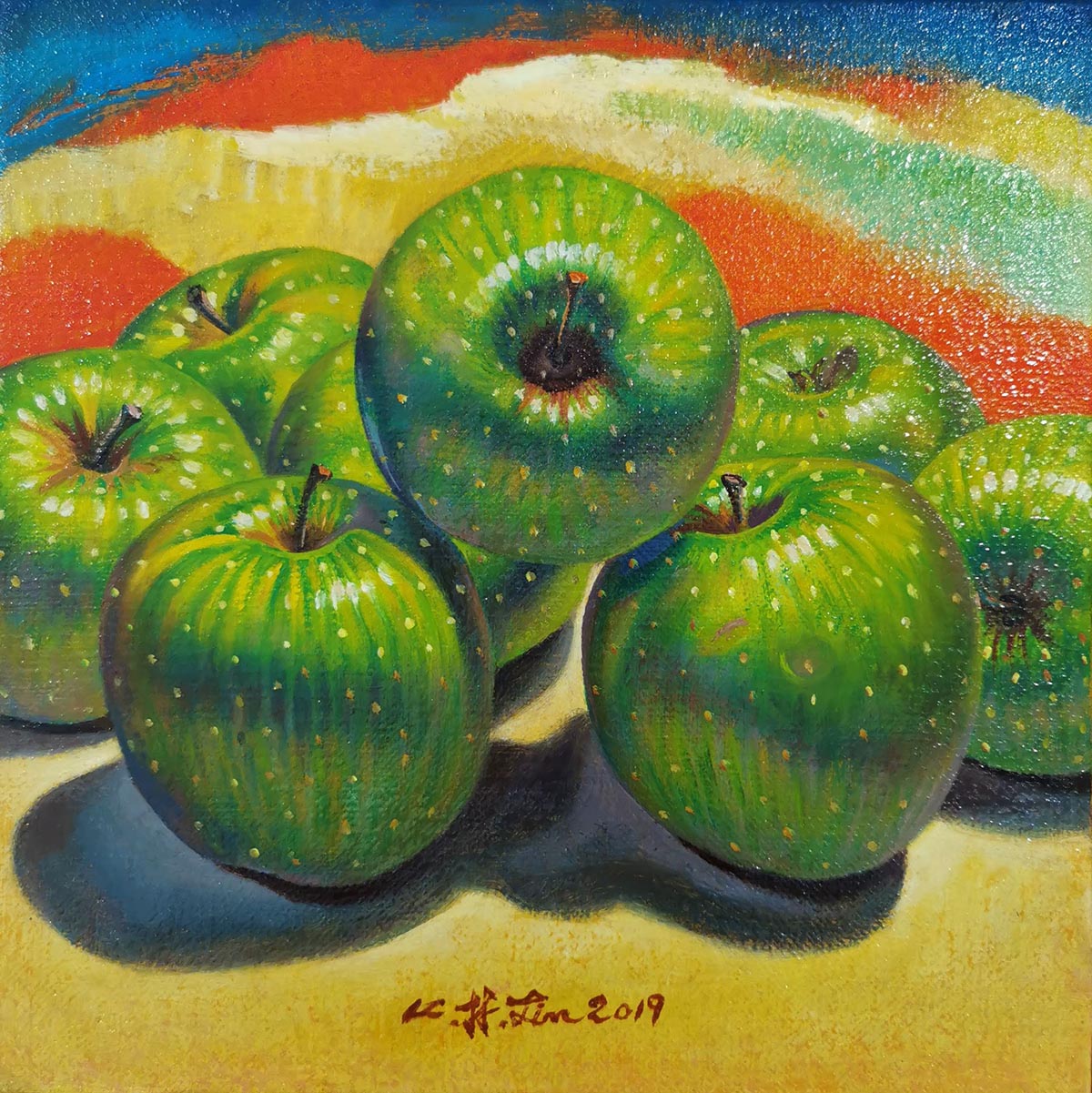 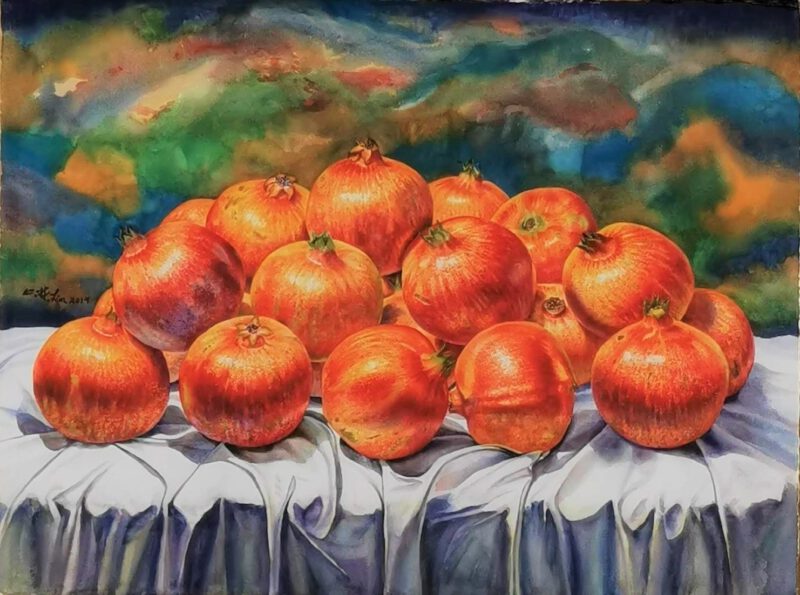 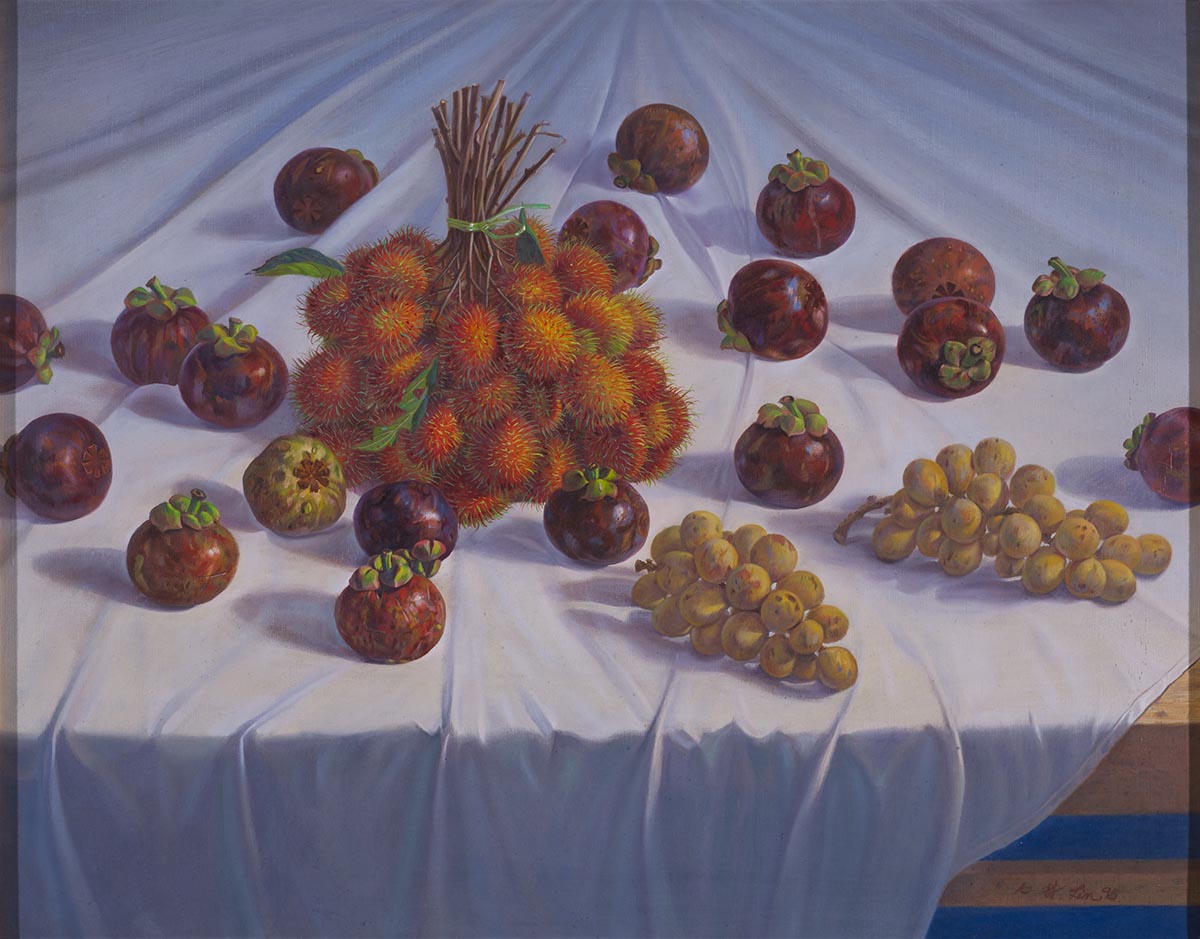 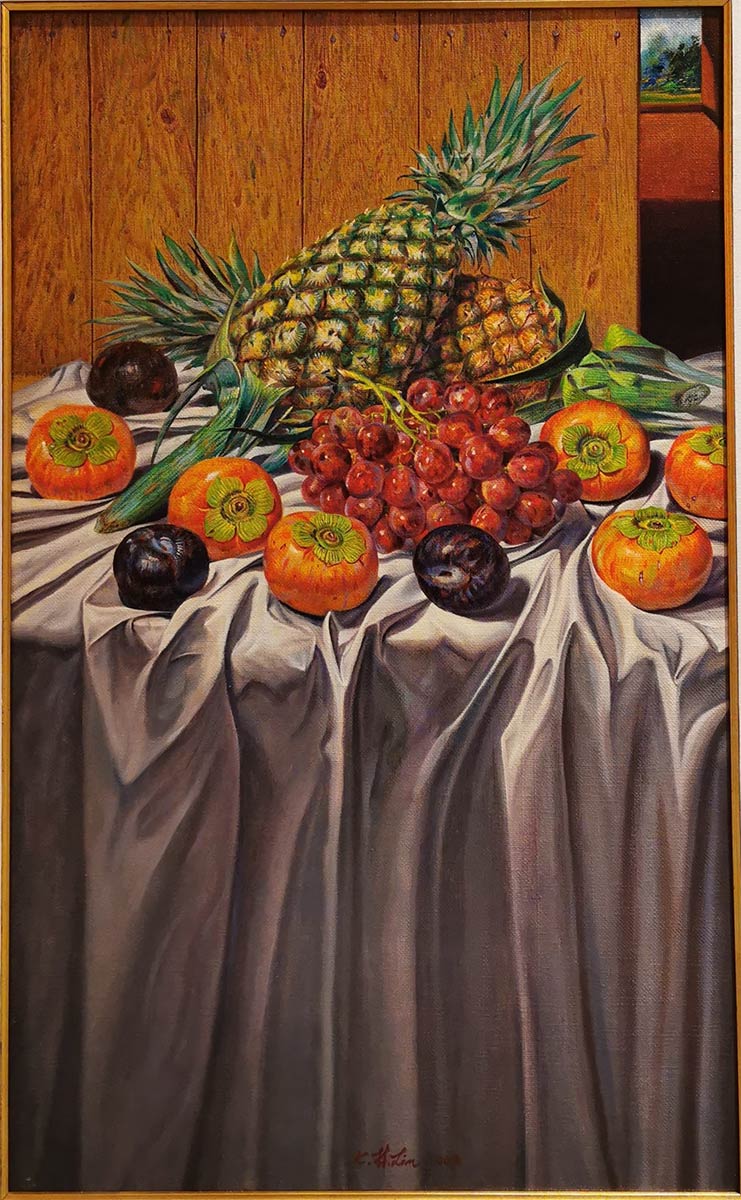 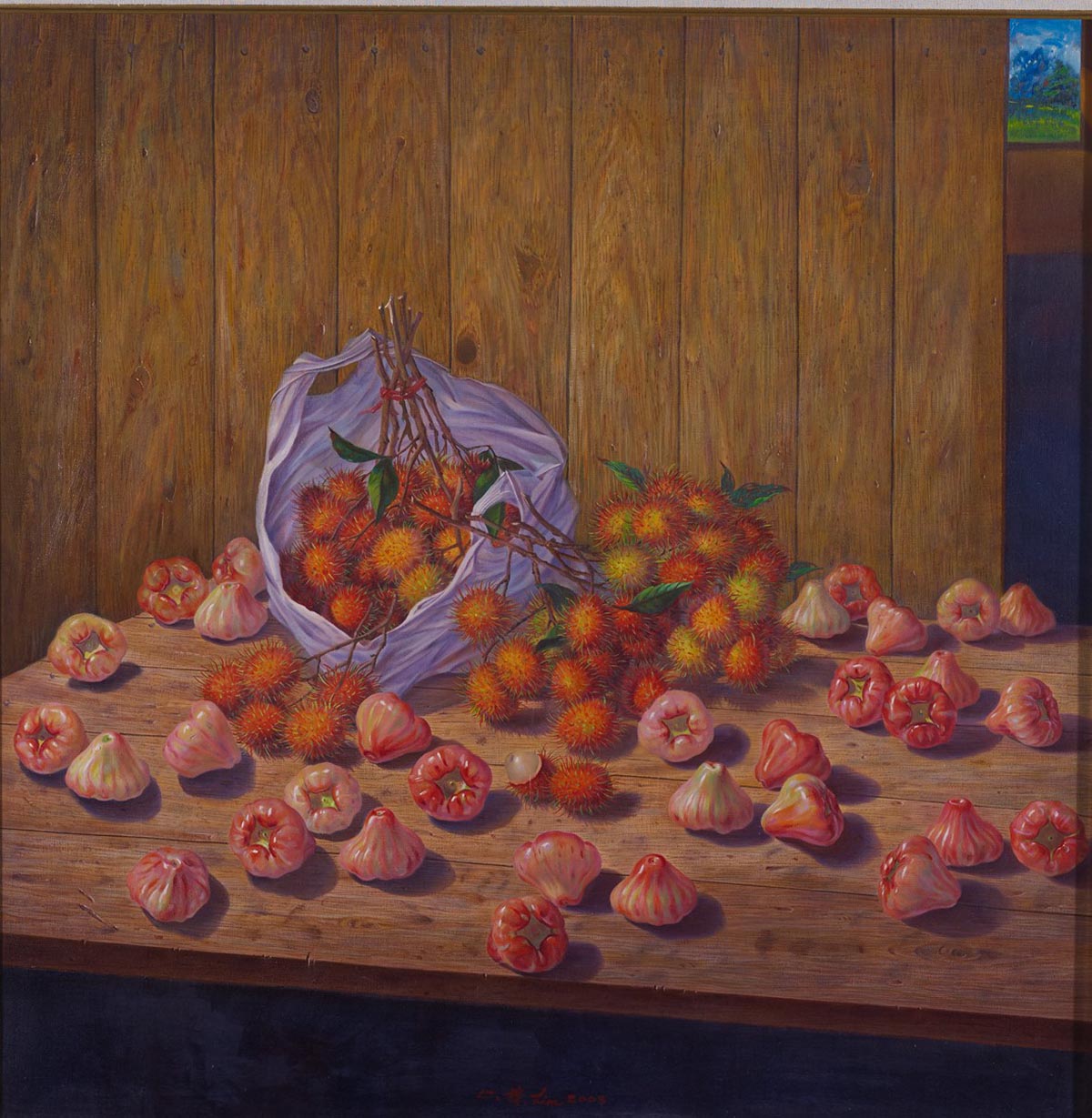 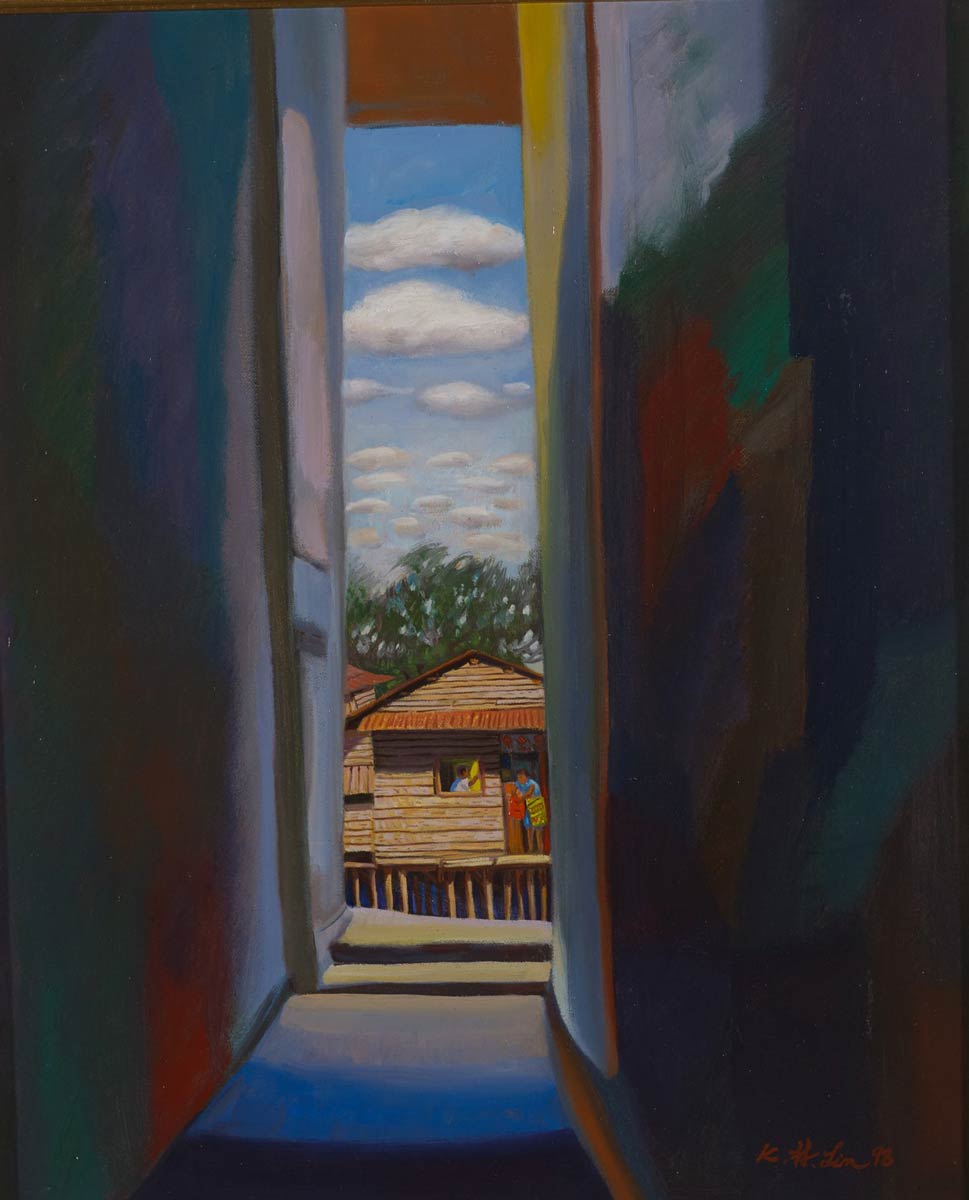 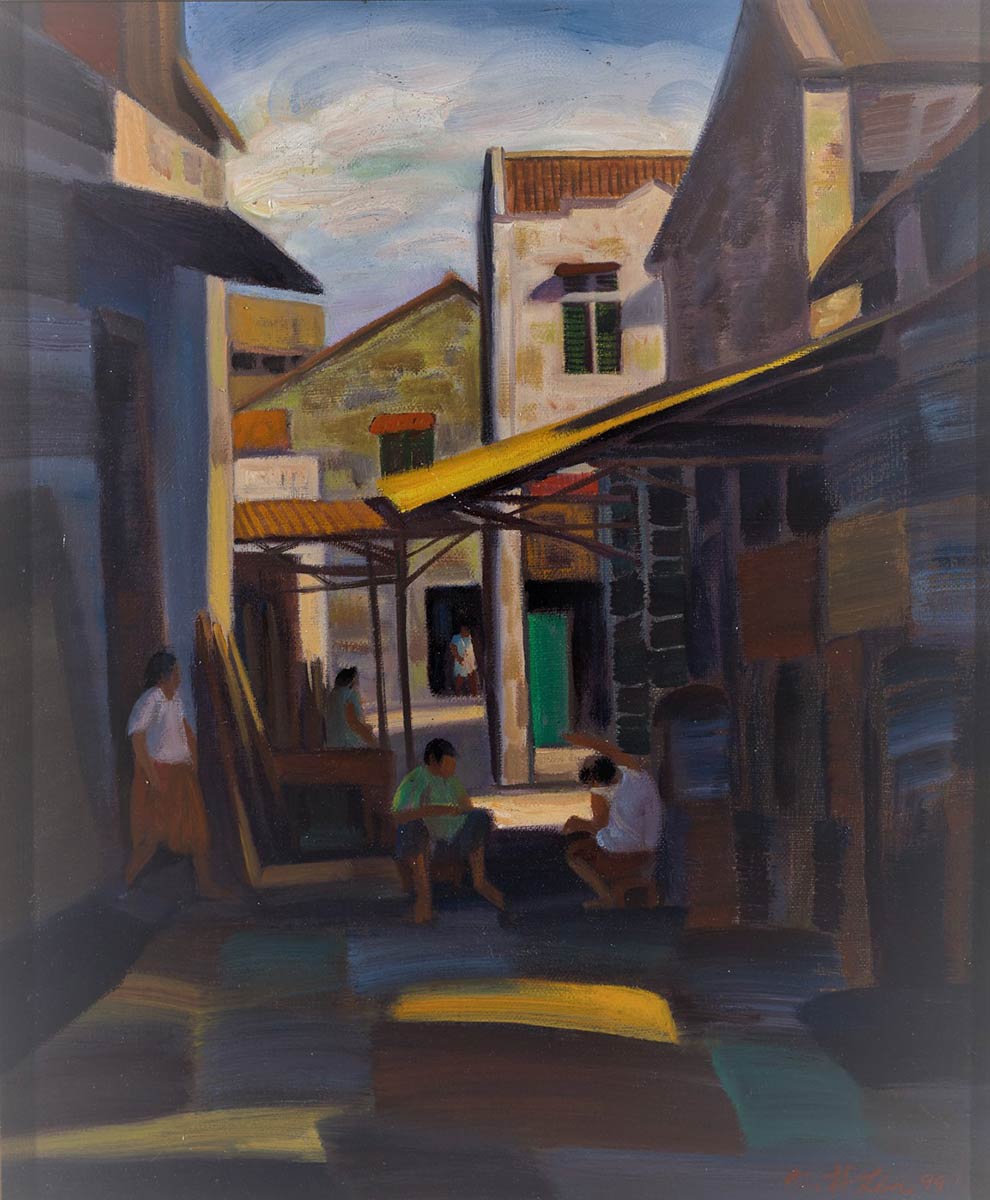 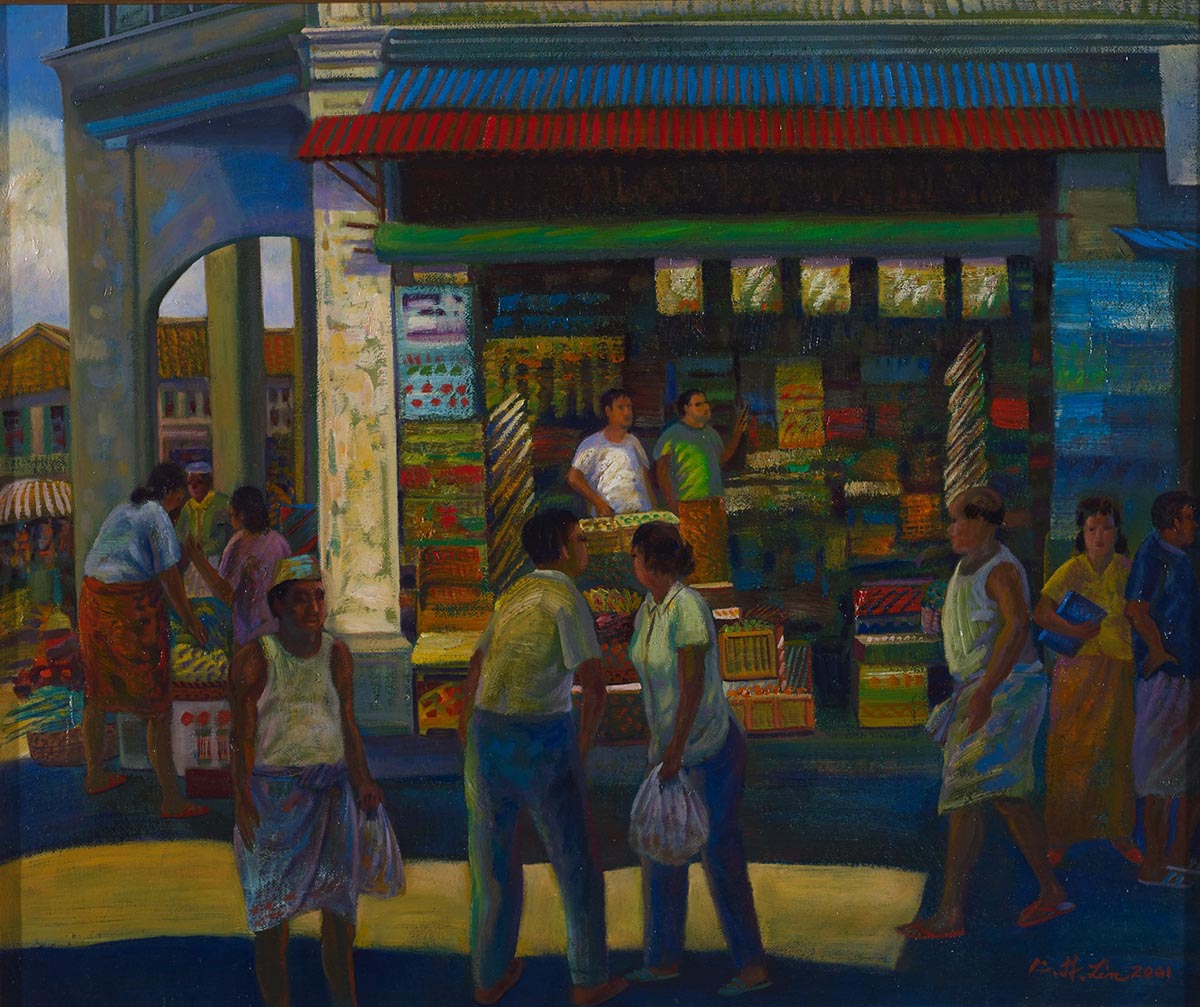